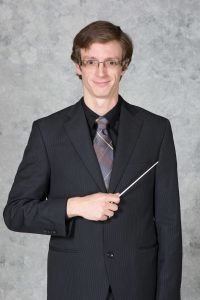 New York-based conductor, songwriter, and educator Ben Ringer made his debut as conductor of the Concert Youth Orchestra during the 2011-2012 season, and began serving as NJSYO Musical Director and conducting the Symphonic Youth Orchestra in 2017. In 2019, Mr. Ringer was named the 2019 “Outstanding Educator in Performing Arts” by Monmouth Arts in recognition of his innovations and achievements with the NJSYO.

Mr. Ringer holds Bachelor‘s and Master’s Degrees from Mannes College: The New School for Music, where he also served as adjunct professor of Techniques of Music. Since arriving in New York in 2004 Ringer has also held teaching positions at the Richard Rogers School of the Arts and Technology and at Musipire Professional Music Center, teaching guitar, piano, clarinet, and music theory.

As conductor, Mr. Ringer has been seen leading the Mannes Symphony and Mannes Community Orchestra in venues including Carnegie Hall, The Madison Square Garden Theater and Manhattan‘s Symphony Space. In 2013 he made his musical theater debut as music director of New Vision Players’ production of Sondheim’s Into The Woods. A lover of new and contemporary music, Mr. Ringer is also a member of Lunatics at Large, a progressive new music ensemble whose performances have been praised by the New York Times as “young, energetic, and finely polished”; since their founding in 2008 the Lunatics have commissioned over a dozen new works by composers including Mohammed Fairouz and Raphael Fusco. Mr. Ringer can also be seen performing his original songs at venues around New York City. 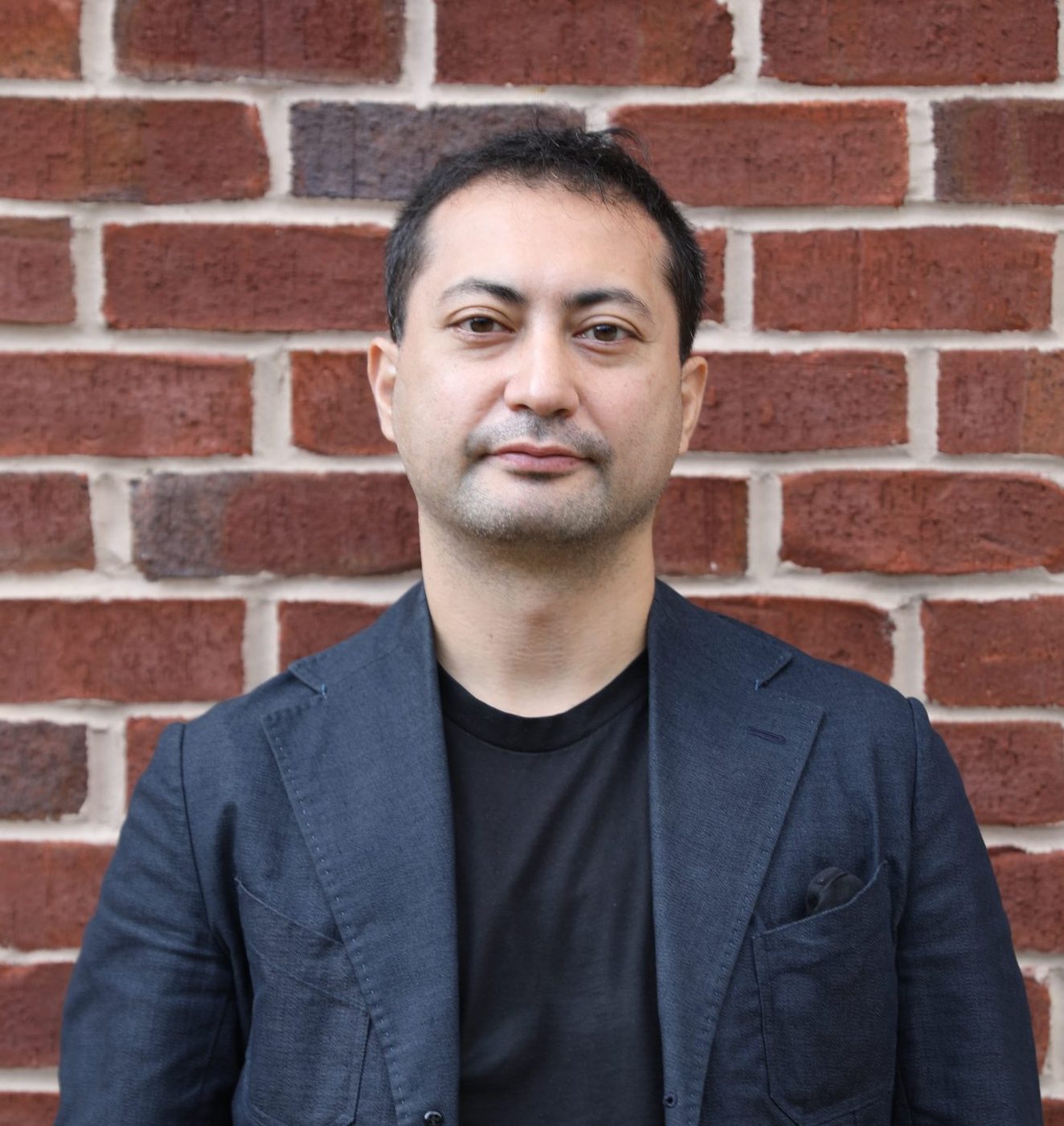 A native of Yokohama, Japan, Leo Soeda studied cello at the Manhattan School of Music with Nathaniel Rosen. He has performed in such venues as Carnegie Hall, Alice Tully Hall, Avery Fischer Hall, Jazz at Lincoln Center, Merkin Hall, Joe’s Pub, and the United Nations, and has also performed on late night TV shows, such as NBC’s Late Night with Conan O’Brien, and CBS’s Late Show with David Letterman. He also performed as the lead cellist of a rock band, New Radio, during 2003-05, and appeared in the Iceland Airwaves Festival in Reykjavik, Iceland in 2005. In June, 2006, he made an appearance on NBC’s Today Show, where he performed in his own composition for string trio.

His String Quartet no. 1 was premiered at the Rose Studio at the Chamber Music Society of Lincoln Center. As an arranger, he has worked with Atlantic Records and other independent artists. He is a co-founder of the Cocoro Strings, a conductorless string orchestra. He received his master’s in music composition from New York University, where he studied under Justin Dello Joio, in May, 2009. During the summer, he serves as the Director of Music Performance at the New York University’s multimedia art program, IMPACT. 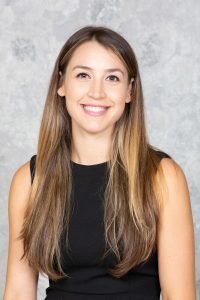 Mrs. Chelsey Dokus earned a Bachelor of Music in Music Education with a Specialization in Instrumental Music, from The College of New Jersey. She began her teaching career in 2012 in the Lumberton School District where she taught 4th-6th grade strings for three years and helped to develop a strings program in the elementary schools.

Mrs. Dokus teaches 6th-8th grade strings at Marlboro Middle School and Marlboro Memorial Middle School since starting in 2015. She grew up in Fair Haven and now resides in Red Bank. Mrs. Dokus manages her quartet, Four Shore Strings, is vice president of All Shore Orchestra, and founder of The Marlboro Phoenix Orchestra. She is currently principal cellist of The Monmouth Symphony, and is a proud alumna of the NJSYO. 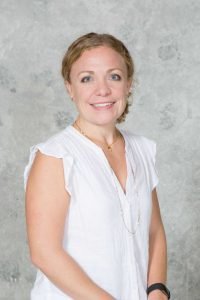 Jennifer Brush currently works as the music teacher in the Little Silver School District where she directs the middle and elementary school orchestras and the fifth and sixth grade band. She graduated from Rutgers University with a bachelor‘s degree in music education, where she she studied clarinet with Dr. Maureen Hurd. She earned her master’s degree in music education from Northwestern University with an emphasis in music education and string pedagogy. Ms. Brush plays the clarinet and piano professionally throughout the area and can be seen performing with David Meenan and the Royale Orchestra and the Asbury Park and Belmar Municipal Bands. She has performed in various locations including Carnegie Hall, NJPAC, Count Basie Theater, Brookdale Performing Arts Center, and the Jersey Shore Arts Center. Ms. Brush maintains an active studio of private piano and woodwind students. 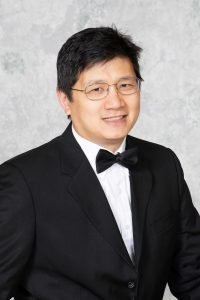 Ben Lin is an amateur musician who loves helping young artists discover the beauty of music. Ben grew up in Flushing, New York and has been involved with orchestras since middle school. He studied piano under Louis Kohnop, and began his violin studies under Mrs. Nicole DiCecco, and later with Calmen Fleisig. In middle school, Ben was concertmaster in the Queensboro Orchestra in New York City, and during his high school years, played first violin in New York City’s All-City High School Orchestra. In college, Ben played double bass for the Wheaton College Symphony Orchestra (Wheaton, IL). He has also played violin in the Manalapan Battleground Symphony from 2005-2007. Ben has a small number of music students, including his own children. Ben’s regular vocation is full-time pastor, serving Jireh Church in Marlboro, NJ 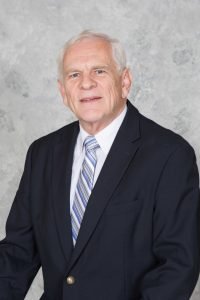 John started his musical career on piano at age 5. In high school, he was selected to the McDonald’s All-American Band, All- Eastern and All-State Bands. John received a music scholarship to Michigan State University where he was section leader in the wind-ensemble and symphonic band and received his BA in Music Education and graduated with High Honors. He is presently the conductor of the Asbury Concert Band and John Luckenbill Pops Band which perform on the boardwalks in Asbury Park and Belmar and various towns around the shore area. John has performed with and is the personnel manager for the Orchestra of St Peter which has done concerts at Carnegie Hall, Claridge Casino, Philadelphia Academy of Music, Tillis Center in Long Island as back-up orchestra for Marvin Hamlisch, and Ray Charles. He has played on “Good Morning America” ABC-TV and “Good Day NY” on FOX -TV. He has also performed with the Lansing Symphony, Trenton Symphony, and Deleware Valley Symphony.

He has been the Talented Theme Magnet Program Team Leader in the Long Branch Public Schools where he is also an instrumental music teacher. This is his 35th year of teaching in Long Branch where he was Teacher of the Year as well as receiving a Master Music Teacher award from the NJ Symphony Orchestra. He also teaches privately for the Monmouth Conservatory of Music and the Peddie School. 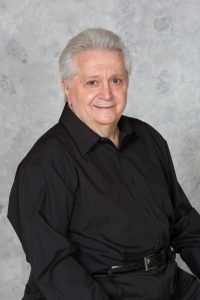 Ted Malevris studied violin with Dr.Ed Raditz at Jersey City State College and received both BA and MA degrees in Music Education. He taught instrumental music in the Bayonne Schools for 35 years, forming a string program and an outstanding orchestra of 100 students at PS 14, the gifted and talented “Star School”, where the violin is now a required subject in 4th grade. Ted is presently concertmaster of the Monmouth Symphony Orchestra and also enjoys playing 1st violin with the Orchestra of St.Peter-by-the Sea as well as freelancing and teaching privately.